Humanoid robotic hands often have low dexterity and degrees of freedom, requiring additional attachments for performance enhancement, which makes their integration with robotic arms difficult and limits their applications. Now, researchers from Korea have developed a high-dexterity anthropomorphic robotic hand using a linkage-driven mechanism, which can be mounted on a commercial robot arm to perform complex tasks with dexterity and strength. 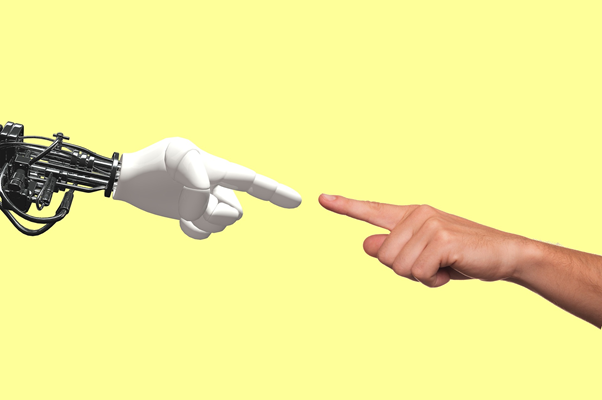 A team of scientists developed a linkage-driven anthropomorphic robotic hand with high dexterity and tactile sensing that can perform everyday tasks and manipulate tools.

Almost a quarter of the 206 bones in our body are in our hands. These 54 bones, and a complex architecture of muscles, facilitate the dexterity and sophisticated functioning of our hands. Translating these onto a humanoid robotic arm remains one of the unresolved quandaries of robotics.

Currently, robotic hands can perform dexterous grasping motions with their high degree of freedom (DOF). However, these typically come with an attached forearm, which holds all the actuators (devices that move the robotic joints) required for motion. This large forearm prevents integration with already existing humanoid robot arms, thereby limiting application.

Now, a team of researchers, led by Dr. Uikyum Kim from Ajou University, Korea, have developed a novel integrated linkage-driven dexterous anthropomorphic (ILDA) robotic hand, whose design solves some of these challenges and was recently published in a Nature Communications paper. Prof. Kim explains, “Robotics is slowly inching towards achieving human-level performance. We aimed to advance the process by creating a low-cost, low-maintenance, robust, and compact robotic hand with strong grip, dexterity, and controllability.”

The developed robotic hand weighs less than 1.1 kg but still provides a fingertip force of 34 N (3.4 kilogram-force), and a strong grip force while handling up to an 18 kg payload. Their innovative design ensures 15 degrees of freedom across 20 joints and enough workspace for each finger.

To evaluate the ILDA hand’s abilities, it was given tasks like crushing a soda can, holding an egg delicately, using tweezers, and cutting paper with scissors. The hand possessed high dexterity, along with tactile sensing (ability to detect physical interaction) capabilities, and precise control.

The icing on the cake? This hand, which requires no additional modules, can easily be integrated into existing commercial robotic arms, making it versatile. “We hope that ILDA can be used to build prosthetic hands for people with disabilities,” says Prof. Kim. Indeed, they’ve ‘handled’ this quite well!

Dr. Uikyum Kim is an Assistant Professor with the Department of Mechanical Engineering at Ajou University. In 2017, Uikyum Kim received a Ph.D. in Mechanical Engineering from Sungkyunkwan University. Before coming to Ajou University, he was a senior researcher at the Robotics & Mechatronics lab of Korea Institute of Materials & Machinery. Currently, his group is developing interactive and dexterous robotic systems such as anthropomorphic robotic hands and teleoperated surgical robots. Kim’s group is also involved in designing various multi-axis force/tactile sensors for robotic applications and automated systems.