Devices that allow firm grasping of soft tissues without damaging them are essential for robotic handling of living organisms. However, to mimic human fingers effectively, they need to be equipped with bidirectional sensing and high payload capacity. Using a shape memory material, researchers from Korea have now developed a miniature soft gripper that meets these requirements, with high sensitivity towards mechanical and thermal stimuli, opening doors to wide applications in biomedical engineering. 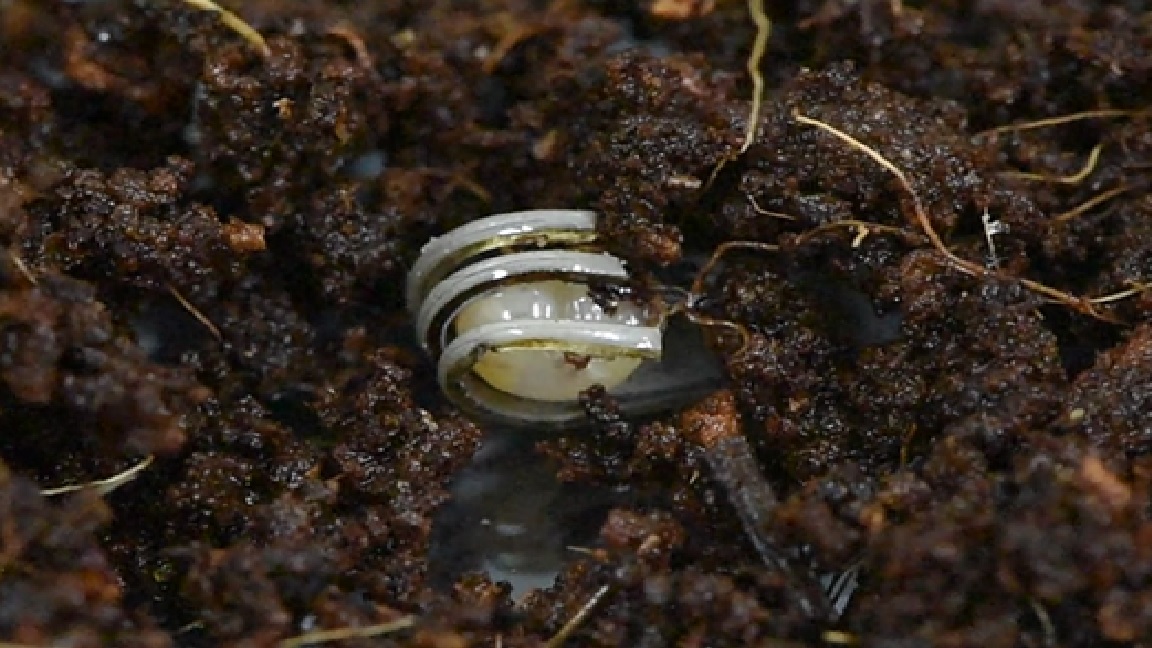 Shaped like the human hand, a new, miniature soft gripper device developed by researchers in Korea can lift heavy objects and grasp living organisms at the microscale.

To address this issue, researchers from Korea have now developed a millimeter-sized, multifunctional, lightweight soft gripper with five fingers that not only shows bidirectional interaction with organisms but can do so for both light and heavy organisms down to microscales. Their study, published in Science Robotics, demonstrates the utility of this miniature device—fashioned using a shape memory polymer —in handling soft, delicate tissues typical of living organisms. Prof. Seungyong Han from Ajou University, Korea, who led this study, explains, “The human hand has five fingers, which together enable delicate control and also act as important sensory organs. We wanted to develop a hand-like soft gripper with fingers to mimic the human hand and bridge the divide between humans and robots.”

The soft gripper developed by Prof. Han and his team used silver nanowires that enabled mechanical control as well as thermal stimulation and monitoring of each finger. Additionally, a crack-based strain sensor integrated into the gripper offered high sensitivity to mechanical stimuli.

They tested their device using snail eggs that are only 3 mm in size and extremely fragile. “Our gripper could not only handle the snail eggs but also provided warmth to promote hatching and even monitored the heart rate of the newborn snails,” comments Prof. Han, excited. “This confirmed that our miniaturized gripper could handle delicate biological tissues. Nevertheless, we also tested the device using other objects, such as metal washers, polystyrene balls, rigid caps, and salmon eggs,” he adds.

This study—which represents cross-functional efforts across mechanical, electrical, material, and biomedical engineering—could have far-reaching applications in robotics and medicine for patient monitoring and treatment. “Our results demonstrate the potential of widespread utilities of soft gripper, especially in the development of conditional or closed-loop interfacing with microscale tissues and organisms,” speculates an optimistic Prof. Han.

Some exciting consequences to look forward to!

Seungyong Han is currently an associate professor in the Mechanical Engineering department at Ajou University, Republic of Korea. He received his B.S. degree in Mechanical Engineering from Ajou University in 2010, and his combined M.S./Ph.D. degree from KAIST, Republic of Korea, in 2014. Before joining Ajou University, he worked as a post-doc at Seoul National University (2014-2015) and University of Illinois at Urbana-Champaign (2015-2017). His research has been concentrated on various nanomaterials and its application to flexible/stretchable biomedical devices.