Scientists develop a novel photoelectronic device that can sense and map muscle strain remotely within microseconds, with no harmful effects

Scientists from Ajou University in Korea have developed a novel highly sensitive photoelectric device that can generate noticeably different alternating currents upon illumination with even slightly varied wavelengths of near-infrared light. Since near-infrared light can deeply penetrate muscles and tissues with no adverse effects, this device could be used to remotely and harmlessly pinpoint body aches and muscle strain real time, replacing standard X-ray imaging techniques that could be harmful. 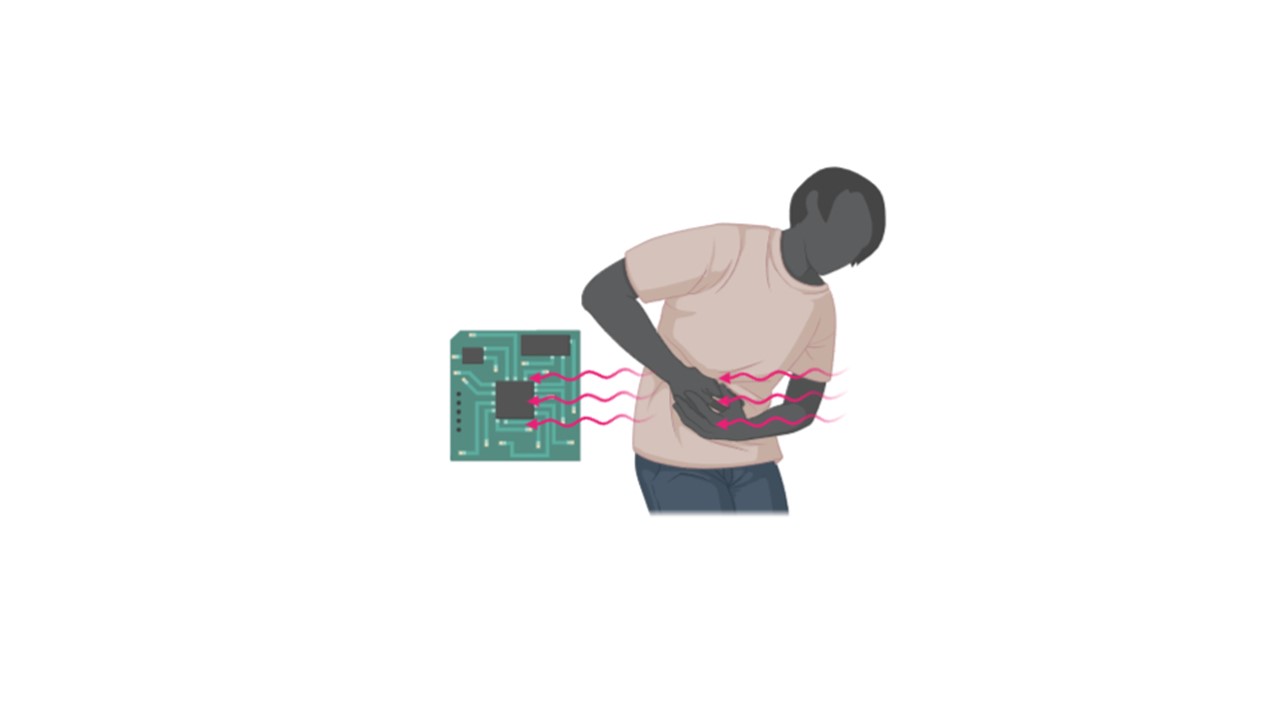 The photovoltaic effect, in which a material generates an electric current upon exposure to light (photons), is one of the cornerstones of optoelectronics, and the principle of operation of important technological advances such as solar cells. Optoelectronic devices have found a wide range of applications in fields such as energy harvesting, communication, and imaging, but their impact in the medical field has been limited. A major roadblock has been the poor performance of affordable optoelectronic devices under light at near-infrared frequencies.

The utility of near-infrared light in medicine was discovered amid efforts to find alternatives to x-ray imaging techniques, which increase the risk of cancer. Near-infrared light penetrates deep into tissues with no harmful consequences and minimal absorption, making it potentially useful in sensing and imaging. Now, a team of scientists at Ajou University, Korea, led by Professor Hyungtak Seo, has developed a novel device that can make near-infrared-based tissue imaging a commercial reality. Their study is published in Elsevier’s Nano Energy.

Through a scalable and customizable fabrication process, Prof Seo and team grew a titanium oxide (TiO2) thin film on a silicon substrate. Because of its structure, the device generates an easily detectable alternating current (AC) upon illumination with periodically pulsed light. After an array of varied experiments, the team gained deeper insight into the mechanism underlying this AC photovoltaic effect. Prof Seo explains: “This phenomenon is caused by quasi-Fermi level splitting and rearrangement, which is essentially a perturbation in the equilibrium of charge carriers in the conduction and valence bands due to incident light.” 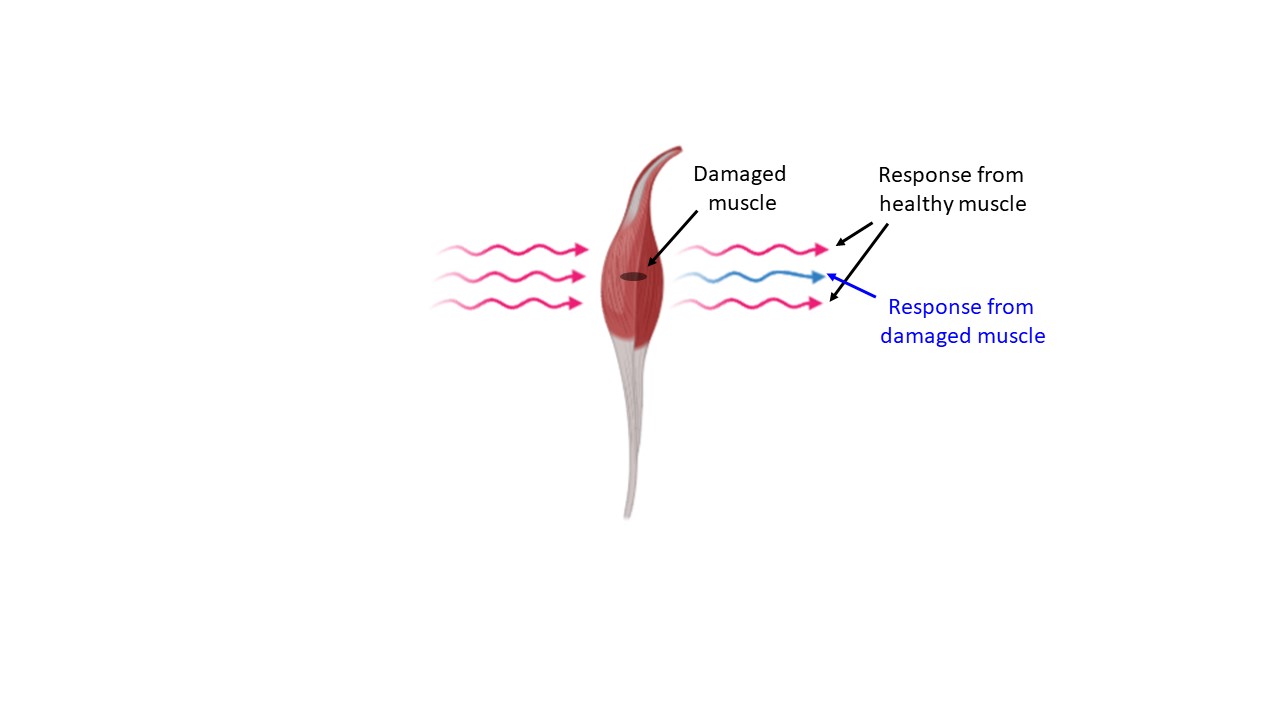 The absorption coefficient of human bio-architecture (bones, muscle, skin, body fluid, etc.) in the NIR range is trivial and, thus, can provide beneficial information. Because transmitted NIR intensity depends on bio-architecture density, it can be expected to change after passing through damaged, strained, or irregular bio-architecture, which could be reflected in the device response.

In their paper, the scientists present a proof-of-concept demonstration of the applicability of their device to mapping body aches and muscle damage. When pulsed near-infrared radiation is passed through first a normal and then a strained muscle, the change in muscle shape causes a change in the light emitted by the muscle, which was then detected by the device. The device responds to these changes by generating different currents for each wavelength within microseconds.

Excited about the results, Prof Seo remarks: “Considering that body aches are a common symptom of COVID-19 and other diseases, pinpointing them using optoelectronic devices could be essential in clinical settings, especially for kids, who often cannot express their pain.” 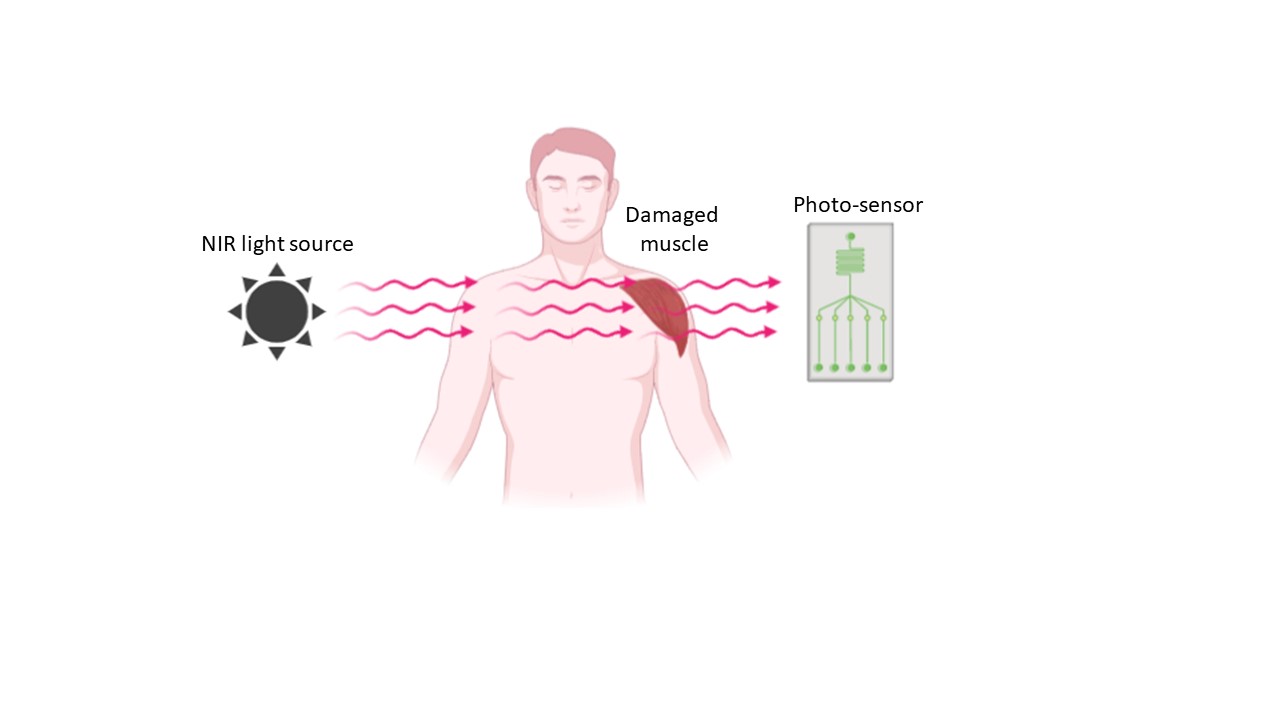 Moreover, the device does not require an external voltage to operate, making it highly energy efficient, and its fabrication is possible with relatively simple existing techniques. To top it all, it functions not only in the near-infrared part of the spectrum but also in the visible and ultraviolet regions. Thus, Prof Seo and team believe that the commercialization of this technology should be straightforward, and it could easily find a home in the medical field, optical communication, digital displays, and sensing applications. Further research will certainly unlock its full potential, making our lives better!

Prof. Hyungtak Seo received a Ph.D. in 2008 from North Carolina State University, USA, and worked at Lawrence Berkeley National Laboratory until September 2011. Since 2011, he has been a Professor at Ajou University, where he is the PI of the Advanced Electronic & Energy Materials (AEEM) Laboratory. His current interests are in (i) fabricating nano-materials for solar cells and photocatalysis applications; (ii) designing materials/devices for next-generation integrated circuit neuromorphic devices; (iii) tuning the electronic properties of nanoscale semiconductors for electrical and energy applications; (iv) and analyzing the properties of functional materials via UPS, XPS, ellipsometry, etc.