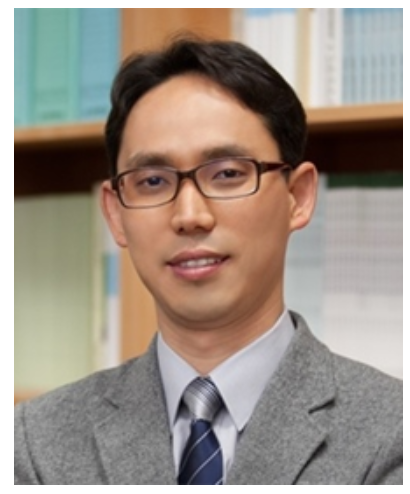 A team of researchers led by Professor Seo Hyeong-tak of Ajou University has developed an artificial synapse for tactile perception. The new device, which emulates tactile perceptions involving touch and nerves, features a hetero-junction of oxides. Expected applications include skin-attached electronics and artificial intelligence (AI) sensors.

Prof. Seo (Dept. of Materials Science and Engineering / Graduate Dept. of Energy Systems, pictured) and his team’s work was published under the title, “An artificial piezotronics synapse for tactile perception,” in an online issue of Nano Energy on April 15, 2020. Also on the team from Ajou University were Prof. Kim Sang-wan (Dept. of Electrical and Computer Engineering) and Dr. Mohit Kumar (researcher, Dept. of Materials Science and Engineering).

Of the five senses humans have at their disposal, tactile perception involves the signals stimulated by a touch traveling from the stimulus receptor at the terminal of the skin to cranial nerves via the neural network. Humans are able to discern an incredibly wide range of touches on their skin. Combined with emotions of varying depths, these tactile perceptions can become part of human memory.

An artificial synapse that emulates the human tactile perception therefore epitomizes a highly sophisticated technology capable of detecting the wide variety of touches exerted from the outside world with finesse and precision, saving perceptions thereof, and retrieving them in a memory-like fashion.

Prof. Seo’s team achieved such an advanced artificial synapse, featuring a hetero-junction of nickel and zinc oxides (NiO and ZnO) that emulates tactile stimulation of nerves. Specifically, the synapse was designed to emulate how hair detects changes in external pressure using a vertically structured sensor featuring the hetero-junction of oxides. It is this sensor that produces changes in the current-voltage curve in response to changing intensity and directions of pressure in a fashion similar to how the human body perceives touch. 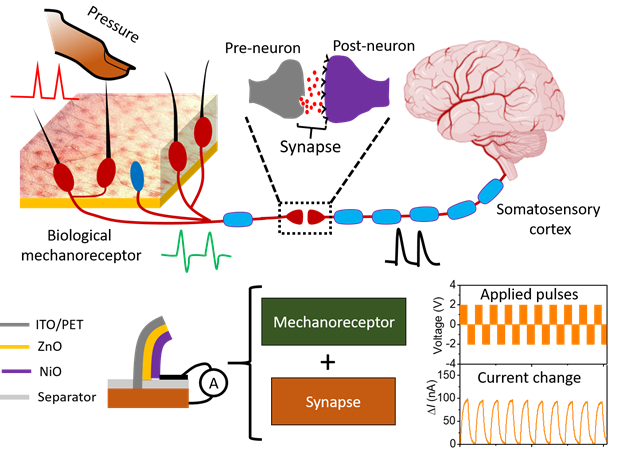