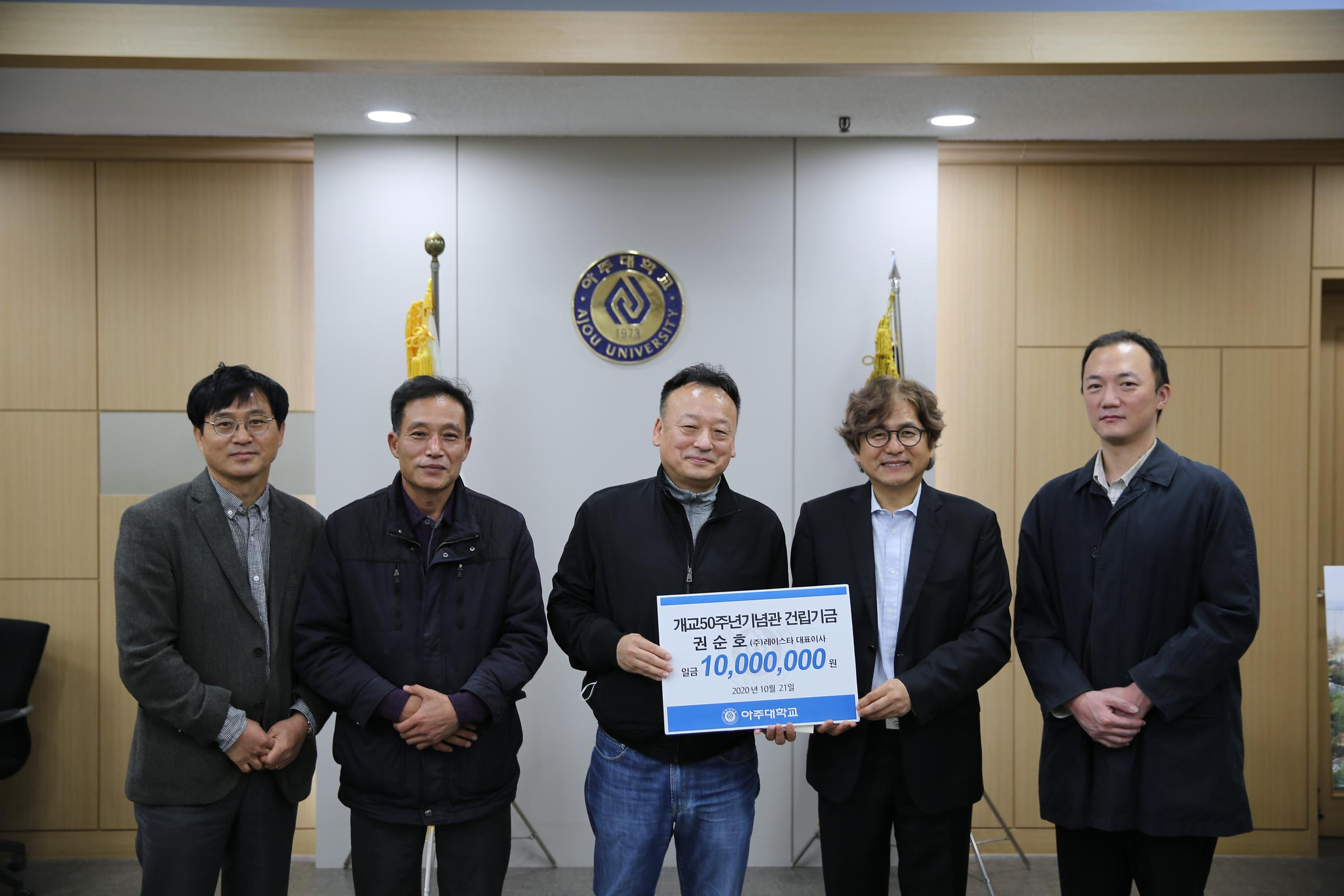 The donation hand-over ceremony was held at the president’s office on October 21st. Park Hyung-ju, President of Ajou University, extended his gratitude on behalf of the Ajou family and held a luncheon. The previous donors to the relay donation campaign also participated.

The campaign was introduced by the alumni association of the Chemical Engineering department and began with EP Global CEO Kang Won-gu in 2016. This year celebrates the fifth year of continued donations: Innofiltech CEO Kim Jung-woo in 2017, EKC CEO Kang Min-gu in 2018, and Paint Wall Mart CEO Kwon Hoe-jung in 2019 all contributed 10 million won. The alumni are now one step closer to their goal of donating 100 million won within a decade thanks to the recent donation made by Kwon Soon-ho.