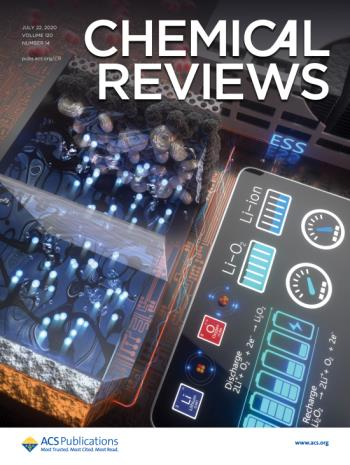 An article by a team of international researchers, which included Professor Kwak Won-jin (Department of Chemistry/Department of Energy System Research (Graduate)), was published as the cover article for the July 22 online issue of Chemical Reviews.

In the article entitled “Lithium-Oxygen Batteries and Related Systems: Potential, Status, and Future,” Prof. Kwak and his colleagues introduce the findings of their years-long research into the structure of the lithium-oxygen battery, its working mechanism, and related derivative systems. The researchers also discuss the core issues and recent trends in research on the lithium-oxygen battery, and needed practical improvements.

A next-generation secondary battery system capable of utilizing oxygen in the air as fuel, the lithium-oxygen battery holds the potential to surpass the theoretical energy density limit of the lithium ion battery used in electric vehicles. Research has abounded on the topic as a result, but there are also considerable obstacles that compromise its commercial viability, such as its short lifecycle as a side effect of reacting with oxygen, its low energy efficiency due to the inevitable creation and dissolution of byproducts. Innovative solutions to these problems are needed.

Prof. Kwak explains: “It is exceedingly difficult to improve the lithium oxygen battery’s energy efficiency and reversibility to a viable level, as there are a number of complex factors involved,” adding, “But, insofar as the demand for high-energy-density battery systems continues to grow, we should continue rising to the challenge.” 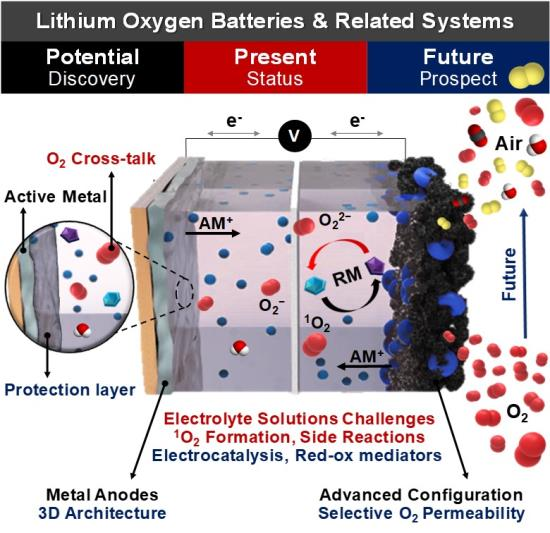