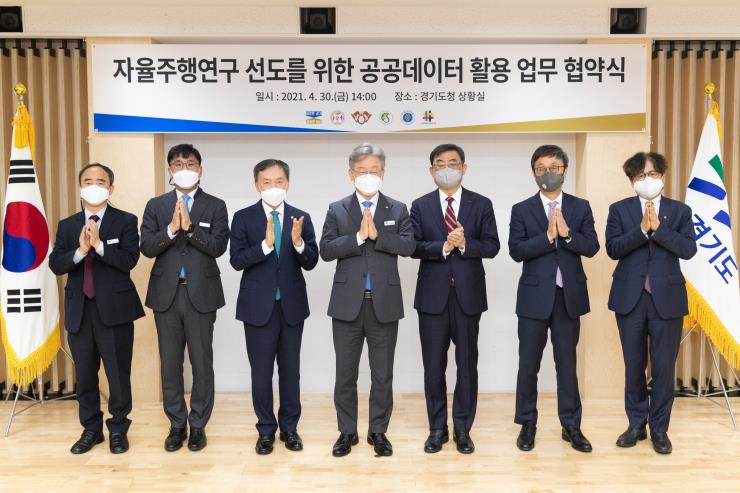 The Gyeonggi Provincial Office will provide big data produced in its Autonomous Driving Center to universities that are parties to the agreement. More specifically, it will provide autonomous driving testbeds, big data, and facilities for research in autonomous driving, including PCs and software, and build a Gyeonggi-University Big Data System to share research outcomes.

At the ceremony, Ajou University President Park commented, “This agreement is particularly significant as the autonomous driving public data to be provided by the Gyeonggi-do Provincial Office includes not only vehicle-related data but also control data.” He continued, “We hope the trilateral cooperation between the Gyeonggi-do Provincial Office, universities, and AICT and the relocation of Gyeonggido Office to Gwanggyo will serve as an opportunity to realize the next generation of Zero Shuttle: Zero Shuttle 2.0.”

He also added, “Ajou University is conducting research to connect transport, ITS (Intelligent Transport Systems), and autonomous driving by providing support to large-scale research groups and promoting collaboration among researchers,” and “The school will contribute significantly to joint research in the field of safety in autonomous driving.”

Ajou University in Top 200s in THE Impact Rankings 2021